Loads That Can Act In a Structure

Types of Loads that Can Act in a Structure 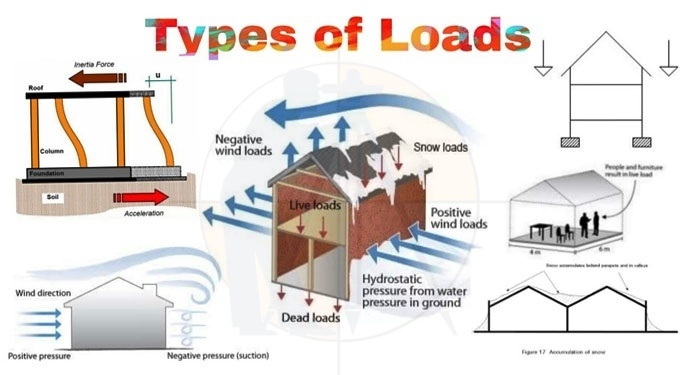 If you’re a construction or civil engineer, probably 80% of your day goes by juggling loads acting on a member and strengths of the member. You will need to know all the types of loads that can act in a structure for designing it proper and strong. So, today we will discuss the types of loads.

The loads acting on a building can be divided into 3 main categories depending on the direction of their application – vertical, horizontal, and longitudinal. Among these, vertical loads are the most common since this is the way gravity acts.

There are many kinds of things causing vertical – or, gravitational loads, like the dead weight of a member, the live weight of things resting on that member, and the load of something impacting from above.

The most common types of loads acting in a structure are as follows:

Let’s run through each of these types of structural loads one by one now.

Imposed loads or live loads on a member are those loads coming onto the member which may change from time to time. That means people and furniture and machinery, and so on and so forth. Any weight imposed on the structure without constructed into it is considered a live load.

Needless to say, these loads are hard to calculate. For example, the same room designed for the living of two people, can suddenly be packed with a hundred people for a party. The designer and engineers will have to make educated decisions (read, ‘guesses’) about the amount of live or imposed load a structure or a member will experience.

The expected loads are indicated in most building codes depending of the building usage types, such as:

The air, when flowing in volume and with speed, can exert significant forces – even in gentle-weather areas, storms can get strong enough to uproot big trees. You can imagine how it would affect a flat wall standing in its way. This effect is called the wind load on a structure, which technically is the horizontal component of air current.

Most building codes should have enough meteorological data to indicate how much wind pressure your building may expect in the location you are constructing it in. Keep in mind that in most cases an RCC frame building can withstand standard wind loads up to 30 meters without sweat. However, above that you will need to seriously consider the wind load or risk structural failure.

In colder regions, the ice accumulating on top of a building becomes quite heavy. It will vary with the snowfall in the region, and as before, most building codes will take meteorological data and show you what kind of seasonal snow can get on top of your house.

The minimum snow load on a roof area or any other area above ground which is subjected to snow accumulation is obtained by the expression: S=μ S0 where, S= Design snow load on plan, area of the roof, μ= Shape coefficient, and S0= Ground snow load.

Earthquakes are the worst enemy of buildings, and are still the number one reason behind structural destruction. The reason for this is because the force comes from a direction you would not expect most of the time (down), and it works in three directions – vertical and two horizontals.

How to Find Arc Length

In addition to the above forces, a building may also get subjected to the following types of forces, depending upon the scenario.

The designer will need to consider each type of possible load and match the cause of these forces to the building scenario at hand. Some of these, oddly, can come from within the building rather than from outside.

Hi My name is Raja Junaid Iqbal and i am Land Surveyor by Profession but I've specialized in the field of Q,S and land development. As Professional Surveyor I engaged my self in all over the Gulf since 14 years.
@https://twitter.com/junaid_iqbal12
Previous Calculate Height In Surveying With Angle & Distance
Next How To Measure Quantity Of Sand In Truck & HAIWA 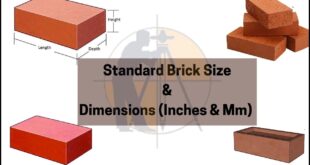